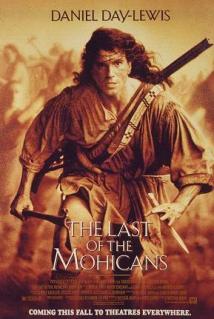 In the 1700’s, three native men come to the aid of two daughters of a colonel when they get caught in the crossfire of the war between the French and the British armies.

Those of you who know Michael Mann’s work as a director will know that he’s a masterful storyteller, who knows how to create action and tension, and draw us into his characters. This film is no exception, though modern viewers will feel the lack of pace and cuts in the action scenes, which we have become so used to in more recent films.

It’s a beautiful film, lush with the greenery of the unspoiled American landscape, each shot framed like an illustration in a book, for maximum drama and impact. The story itself, adapted from the classic work by Fenimore Cooper, is beautiful, adventurous and tragic, capturing the last days of a dying way of life, and empathising with the Native Americans, like other 90’s films would do, such as Dances with Wolves or Thunderheart. 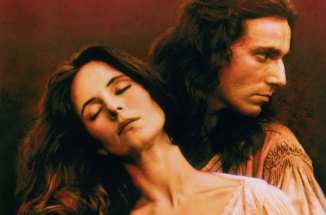 It’s essentially a love story, between Cora (Madelaine Stowe), a strong minded daughter of a British Colonel, who initially misunderstands her rescuer, a man named Hawkeye, (Daniel Day-Lewis) a trapper raised by the Mohicans. However, the two soon come to understand that the other is not the ignorant person they initially judged them to be, and find sympathy and strength in each other. Pursued by a Huron warrior called Magua, who wants to kill the daughters as revenge against their father, Hawkeye makes a speech that made the film famous, “I will find you”. It’s a gorgeous love story.

The story is told against the backdrop of war, of a country finding it’s feet and not yet independent from the British Crown, whose ideals are not always realistic or in the best interests of the Americans. It also shows the tragic loss of the lives of the native population, as well as the changing way of life that they endured. The Mohicans of the title are Chingachook, and his son Uncas, who are the last remaining men of their nation, and whose actions show integrity and honour, as well as friendliness to the American settlers. They are ultimately tragic figures, symbolic of a time and way of life in America which was slowly dying. The lives of Uncas, the young trapper, and Alice, wounded beyond repair by the sadness and violence she witnesses, are very subtly and beautifully drawn, something often overlooked in the critique of this film.

While the story at the centre is beautiful, adventurous and romantic, it is ultimately a tragic one.

See It If: You’re a hopeless romantic, or love adventure stories. It should also please Michael Mann fans, though it’s not as fast paced as modern viewers are used to.