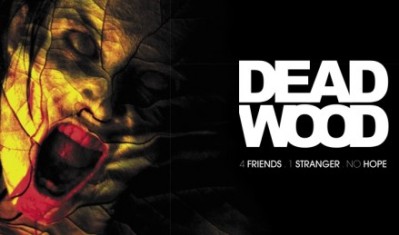 Logline: Four friends head out on a camping trip, but when a mysterious girl turns up with a strange story the terror starts.

A few years ago when I was at films school in London, the directors, who were alumni, came to do a little screening of this film and a talk. They were really lovely, positive guys, and from their IMDB presence, I can see that they’re moving on in the world of film, which makes me really happy. They shot this film on weekends, because that was the only free time they could all arrange, and it paid off, because Lionsgate ended up picking the film up. They have an interesting tale to tell about the world of distribution deals, which I can’t reproduce here, but that, my friends, is the story behind this film.

It’s actually an alright horror. It has jump scares that actually make you jump, there’s some lovely camera work, and the performance of Nina Kwok as the stranger is really good. The basic premise of two young couples heading out into the woods on a holiday that goes wrong is kind of a classic horror trope, which is worked to good effect here, because you don’t immediately guess what is going on, and the terror that stalks them is an original idea, which is well executed, and the special effects are utilised sparingly and really well. It’s not a gory horror at all, which may disappoint some of you, that is if you can get a hold of this film, but it works.

The film feels a bit like a first film. The sound, due to location issues, appears to be almost entirely ADR, which can be annoying. The characters all suffer from having awkward names like Larri and Milk, which seems to be an British horror tradition. It’s not very polished in a lot of ways, which won’t bother those of you who enjoy indy films or who go to film festivals. The visuals are all a bit soft, and the performances can be slightly wooden at time, which is ironic considering the setting. But these are all part of the learning curve that film-makers go through.

I don’t know, it’s an interesting film, which some of you might get a kick out of if you’re into horror films or if you’re film-makers yourselves. You can check out the trailer below, or the IMDB page, if you’re curious.