The last year has been, in the words of one of my dear friend, a bitch, which rather clouds things when I look back over how much I’ve achieved.

At the end of the year, I generally like to write some goals for the next year. I think resolutions are fine, but generally, most people don’t really stick to them because they’re usually ambiguous, based around what you don’t want, as opposed to what you do want, and are not really broken down into steps or have a deadline. You also often don’t have anyone to hold you to them. They’re more like wishes, really. 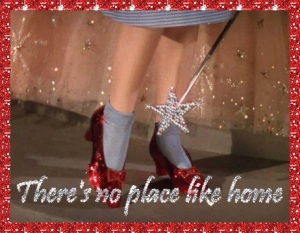 I’ve had a lot of trouble making myself sit down and look at my goals this year, and I’m not really sure why that is. This year I bought a diary with a different format that allows for more lists and notes within the week (I have a bit of a love affair with stationery) to help me be more organised, and made some notes about how things could be better… But actually sitting down to look at last years goals and how far I’ve come in the last year has kind of left me cold.

So it was a pleasant surprise to look at last years goals, which I rediscovered when I moved house, and see that though I hadn’t reached some of them, I certainly hadn’t neglected them, and had kept a lot of them. And I think that in a way, surviving the year kind of counts for something too. I think the blog has done quite well, and I moved on to a better job, which means I now work with a bunch if really lovely people. I managed to do quite a lot in spite of some very real set backs. 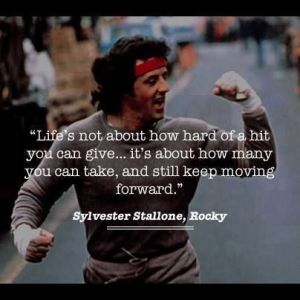 Anyway, I thought if any of you were interested in how to set goals, there are some tips I can offer you.

First, you need to review, to really see where you are. You may be doing better than you think, when you actually sit down and look at it, and from those building blocks you can go on to create anything else you want or avoid repeating mistakes.

The next step is to write down your goals. There’s something about writing things down that makes us see them as real and achievable things.

Most importantly, goals need to be things you can actually do with logical outcomes and steps to them. Make them SMART:

Best thing is to make them a statement, with the idea of how achieving them will make you feel, and carry that feeling with you. Go back to them through out the year, tell people about them to that you are accountable for them.

But most importantly, take one small step towards them right away. Because the longest journey starts with that first step, and the sense that you are doing something will give you the sense of purpose and achievement that will keep you going onto the next step.

I’m not an expert on this stuff, I just know what works for me. I know that being organised helps, but trying to be a perfectionsist about it or trying to use guilt as a motivation doesn’t. There is loads of free information out there, but I have included the link below, which is about setting screenwriting goals, from the Go Into The Story blog, because this guy knows what he’s talking about, I read this blog almost everyday, and because the language and ideas make it totally accessible.

But most  of all, have fun with it, and thank you for reading the blog this last year. It’s meant more than you dear readers can know to have you along for the ride.