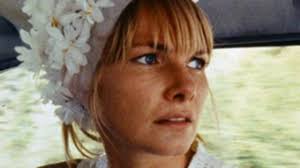 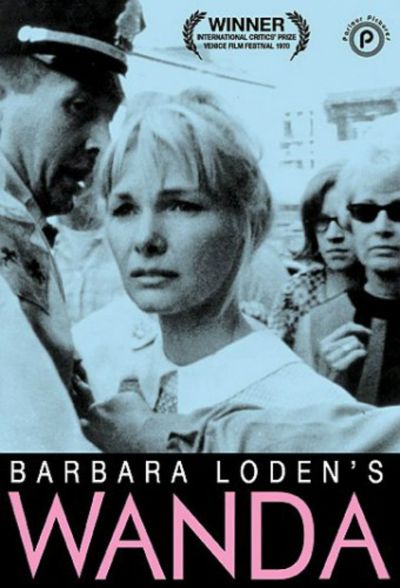 In a coal mining town in Pennysylvania, Wanda (Loden) wanders through life, numbing her despair with alcohol and one night stands. She sleeps on her sisters couch and drifts through temporary employment. When she meets a man in a bar, she willingly heads home with him, only to find that he’s not a bar tender but a robber. Unperturbed, she’s happy to follow anyone, and goes with him on a road trip, but things don’t go as planned.

Barbara Loden is wonderful as Wanda, a woman who is wandering through life, broken somehow. She’s abandoned her husband and children, and drifts. While events in this film will teach her how to feel again, there’s the sense that she will still continue to rely on others for her sense of self, her survival and her day to day living. She is somehow likable, even though she’s clearly complicit in her own downfall. Loden makes her character relatable, vulnerable, but also very real.

Not only is Barbara the star of this film, she also wrote and directed it. Influenced by newer movements in independent films of the 60’s, the film has a distinct soft feel, with long takes and improvised, natural style. The film was ground breaking and was widely acclaimed during it’s release. It’s also, to me, a tragic film. Not only because the life of Wanda is so hopeless, but also because Barbara Loden was such a bright talent, but she died not long after making this film. It feels like she could have done so much more, but her life was cut short. There are also stories that though her performances in earlier (and very different) films like Splendour In The Grass were excellent, her husband Elia Kazan held her back. (I don’t like to blame him without evidence)

Either way, it’s a remarkable and moving portrait of despair and hopelessness, and the awakening of numbed feelings. In some ways, an enigmatic film, since there are no easy answers, no solutions, but beautiful and moving. A rare treat from a lost female director.

See It If: you like independent films or films with female directors, though Wanda is moving enough to appeal to any drama lover.