Jane Ellen Wayne’s book, Lana: The Lives and Loves of Lana Turner is a slim volume. It’s amazing that a woman whose life was lived so large and so passionately, and whose life was also so fascinating, should be given only a small book. There is a biography written by her daughter Cheryl, but I always feel that autobiographies or ones written by friends tend to be a little biased, though they’re often good reading too.  There seems to be only a few books out there about Lana, and yet her story is one of classic Golden Hollywood scandal and drama.

Born in 1921, Lana started out in films quite young, at the age of 17. She earned the nickname Sweater Girl, because of how much of a knock out she was in a tight sweater. She gave off the blonde bombshell persona, but actually, she had a great deal of ability and talent as an actress, too. Her image belied some of the truth of her early life, her mother married at 16 to a husband who turned out to be a dishonest and unkind man. Following the divorce of her parents, and due to her mother needing to work, a young Lana was sometimes put into the foster care of other families, who abused her. Her mother remained a strong presence in her life, as she forged her way into films, and tried to grow up too fast. The story is that she wasn’t looking to be an actress but was discovered by a talent scout while she was sitting at a soda fountain, and the rest is history… 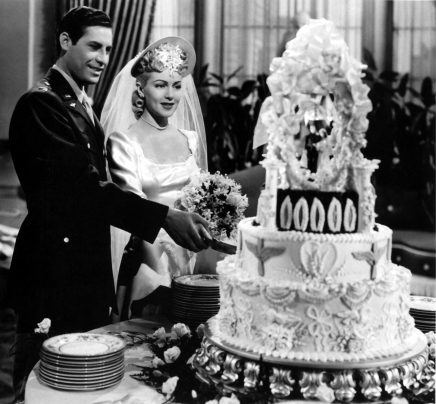 As her career progressed in the 1940’s, Lana’s personal life was often a threat to her career. In a time when studios kept stars reputations squeaky clean, Lana liked to romance and men, and in fact married eight times.

With his ties to organised crime and his jealous nature, Lana’s relationship with Johnny Stompanato was tempestuous and violent. He tried to control her life, abused her, and threatened her that he would kill her if she over tried to leave him. One night in 1958, Lana tried to walk out on Johnny, and he took her into their bedroom. Screams from the bedroom and the sounds of violence were heard by Cheryl, Lana’s teenage daughter, who grabbed a knife and tried to enter the room. In the scuffle of the door being opened by Johnny, Cheryl stabbed him in the stomach. Johnny was killed. The courts ruled Cheryl’s actions to be self defence, but it also came out that Johnny had been sexually abusing her. 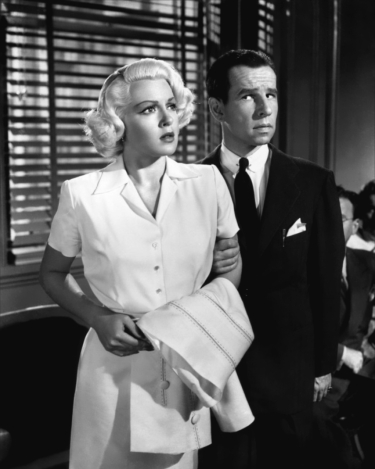 You can see how the kinds of events above would be sensational tabloid fodder, and Lana was often romantically linked with co-stars, as well as having all her marriages and the events above aired in public. She became a heavy drinker and alcoholic, too. While all of this overshadowed her career at the time, she continued to work and make films and TV appearances into the mid 1980’s, with some truly great performances. Personally, what strikes me is the continued close relationship with her daughter, after all that they went through, and also her glamour and beauty, which never really left her all her life. An impressive woman and a fascinating life.

Do you love Lana Turner? Never heard of her? Have a favourite Lana story or a favourite film? Love to hear from you in the comments section! You can also find me on Instagram @hermioneflavia or on Twitter @CravenWild.

5 thoughts on “Biography Of The Month- Lana: The Lives and Loves Of Lana Turner by Jane Ellen Wayne”