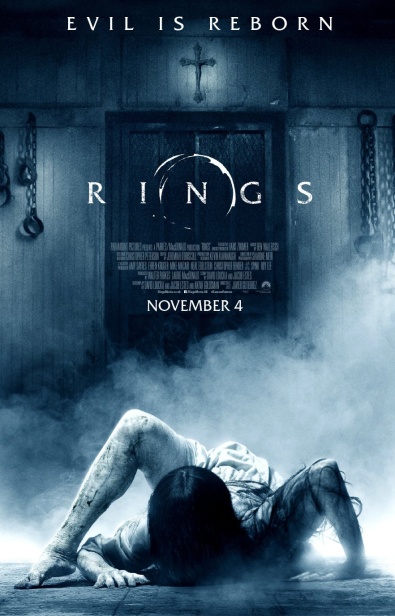 Most of you will remember the wave of Japanese horror US remakes that did the rounds, and how The Ring was a huge phenomenon in it’s time. It’s the story of a video tape that kills you 7 days after you watch it, unless you make a copy and make another person watch it! The mystery behind the deadly VHS was a strange girl called Samara who was so evil that her own parents dropped her down a well to get rid of her. Or something to that effect, depending on which version you’re watching.

But now, technology has changed, and a whole new audience who has camera phones and YouTube channels are not scared of a little VHS tape… It’s a great idea that now the video would travel so much faster, and do so much more damage, and it’s also kind of cheesey. But in execution, this film does some pretty good things with the material.

A young couple are separated when Holt has to go out of town for college, but when he stops calling, Julia decides to find out why. Initially she thinks he’s met someone new, but soon finds out that there’s something awfully sinister going on, with Holt’s professor engaging in experiments on his students using the tape. But when Julia witnesses Samara killing a girl, without having seen the tape herself, the game changes, the tape evolves, and Holt and Julia try to find out who Samara really is.

It’s a cool film, starring Johnny Galecki from Big Bang Theory as the professor, and Vincent D’Onofrio as someone who has information about Samara. It doesn’t retread too much ground, and does some novel things with the story, and with the creeping dread of the long haired little girl and her way of climbing out of TV screens, it’s good use of imagery and some solid performances fro the leads, it’s actually a decent little horror in it’s own right. And with it’s focus on the mystery, there’s some pretty intense happenings in this film. I had a good time watching it.

See It If: perhaps Ringu purists might not approve (and that film is truly a masterpiece in terror!), but this is a good horror film for fans of the scares.