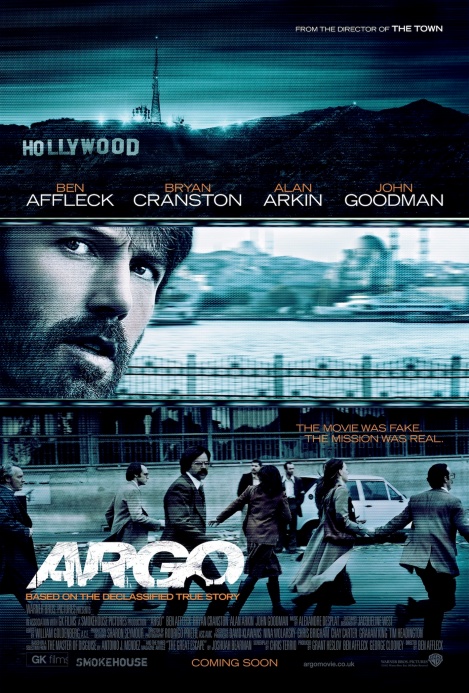 In 1980, the American embassy in Tehran was invaded by Iranian revolutionaries, with six people escaping to a safe house. In order to get them out and back to the US, the CIA came up with the crazy plan of sending in a Hollywood producer scouting for a location for a fake science fiction film called Argo as the cover for their rescue and escape. It’s a plan so crazy it must just work…

It’s a Must See Because: The most remarkable part of this film is that it’s all true! Well, at least it’s based on a true story. Affleck does an amazing job of directing this film, which is well paced and cynical about the film industry, whilst also being suspenseful and often quite funny. It’s one of those films that has it all. Drama, thrills, and humour. And an excellent cast.

It’s quite mind blowing to think that the CIA came up with this plan, and actually implemented it, and the film also covers how elaborate the cover needed to be. The film needed to feel real and people needed to be talking about it. But it also covers the way in which time was running out for the people hiding out, and that the whole thing could so easily go wrong.

See It If: just see it. It’s a film that should please thriller, drama and history fans.