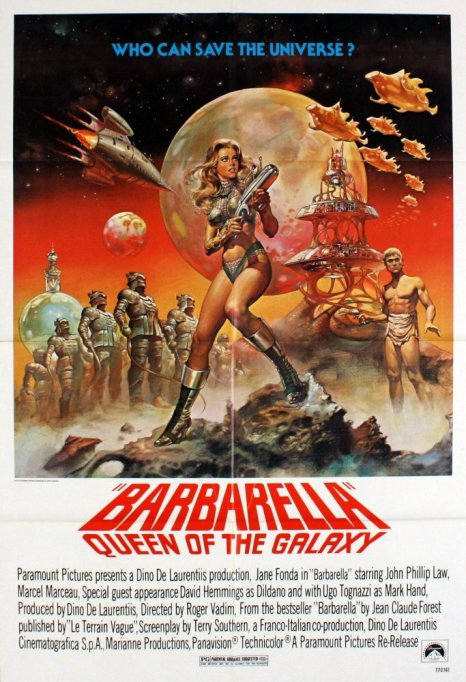 From this description the film sounds like it’s going to make sense, but it’s really a vehicle for its star Jane Fonda to strip off, change outfits, and fall into bed with various men she encounters.

It’s a Must See Because: it’s so damn fun! Jane Fonda is really beautiful and interesting as Barbarella, and as much as I feel like this film is for the boys in the sense that it’s a vehicle for showing off her body, I loved all her outfits. I loved how innocent she was, epitomised the flower child generation and free love. It’s also really batty, with odd weapons, the inside of her ship being covered in fur, the plot being barely existent, and the way that things always ended up being about sex. But in a funny, 60’s way. Like the way that people on Earth in the future have sex via pill and mind meld, the machine that Durand Durand has invented that kills via excessive orgasm, and a million other silly moments. The costume design and sets feel really of their time, with loads of gogo boots, fake fur, cartoonish sets.

See It If: you love sci fi, 60’s fashion or colourful absurdity. It’s a delight.