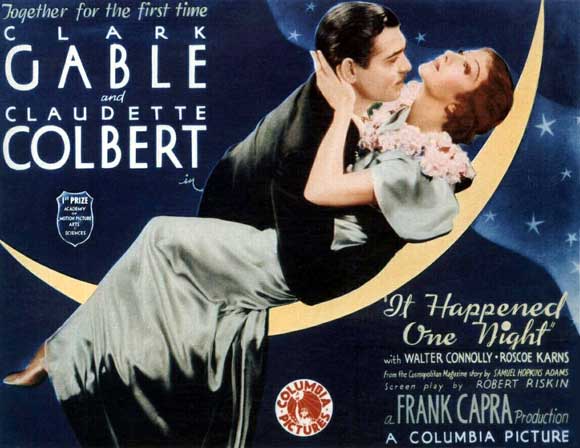 When a sheltered wealthy girl secretly marries, her father tries to keep the young couple apart. But on the run from her father, the girl falls in with a reporter who helps her in return for her story.

The girl is Ellie, played by the beautiful Claudette Colbert, and the reporter, Peter, is the inimitable Clark Gable. The chemistry between the two is brilliant, often teasing each other, and Ellie being the fish out of water who often needs a guiding hand. But over the course of their adventure, they find themselves slowly falling for each other. It’s a mad cap caper from Miami to New York.

Why Is It A Must See: A classic romantic comedy road movie, the film has some excellent moments and one liners, and won awards at the Oscars in the year it came out. An early screwball, sex comedy, the film has become a classic for it’s charming leads, unconventional romance and humour. It was also quite risque in it’s time, with it’s scenes of Colbert showing a little leg, Gable taking of his shirt, and the two hiding out as a married couple in motels along the road.

See It If: you’ve ever fallen in love with the wrong man… who turned out to be the right one.