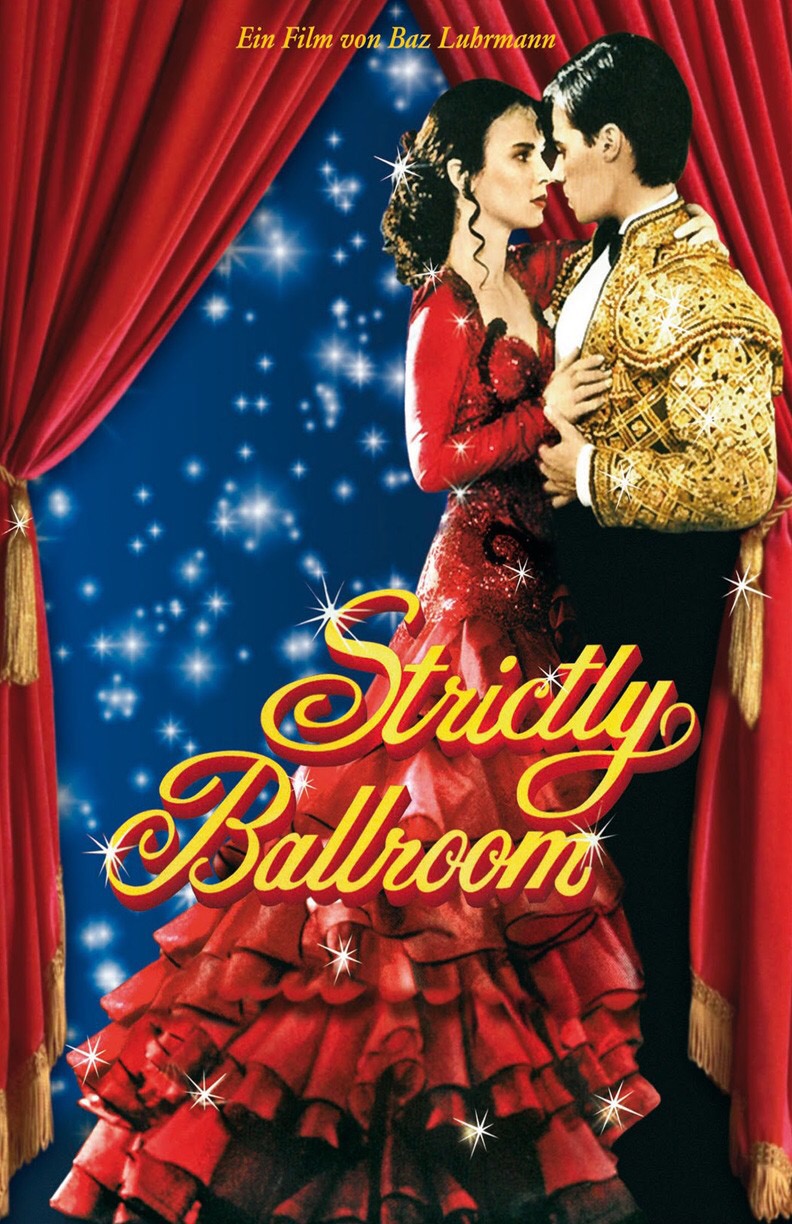 The first film on my watch list for the year, and a total cheat because I have seen it before.

The first film in Baz Luhrmans Red Curtain Trilogy (the others being Romeo + Juliet and Moulin Rouge), the film follows the story of a ballroom dancing star, Scott, who wants to dance his own steps, and the awkward Fran, a new girl who wants to dance his steps his way. Its literally the story of learning to dance to the beat of your own drummer, as the saying goes, and not bowing to pressure to conform.

Like Baz’s other films, it has a sense of the theatrical, the characters are all a bit larger than life, the colours are bright, the music is a big player, and there is a good amount of laughter, tears and will-they-won’t-they. It also has some incredible moments of beauty, emotion and movement captured on film.

For me, this film is pure magic. I’m not really a romantic, but something about this film has always appealed to me. I used to watch it when I was a little girl with my best friend. We thought the dances were incredible, the funny bits were riotous and we wanted to be ballroom dancers too. What amazes me now is that this is a first film from a director! It’s kind of perfect, with it balance, timing, characters, it’s clever theatrical flash back, the performances. I mean, whether or not it amuses you, it’s a highly respectable film.

See It If: you like romances, Australian films, dancing or if your looking for some film making inspiration.