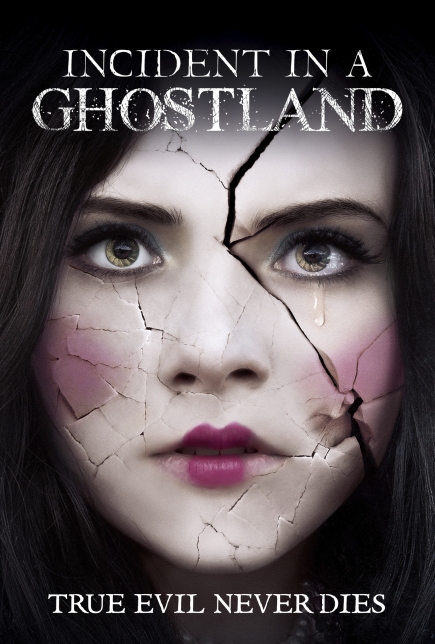 A mother and her two teen daughters head to a spooky, doll and taxidermy infested house in the middle of nowhere that they’ve just inherited. But on their first night in the house, a terrifying home invasion takes place that changes their lives forever. 16 years later, the family reunites at the house, but what really happened there?

I love the little twists in this film so much, that I almost don’t want to tell you anything about it, but just tell you to watch it this Halloween. This Canadian film might have passed under your radar, and if it did and you’re a horror fan, you might just be in for a treat. But fair warning, this film, though not gory particularly, goes to some dark places.

The set design and costume for this film is really, really good. The crumbling house that the women go to is full of dark corners, faded wallpaper and loads of dolls, mannequins and dummys stacked everywhere. When you add in the creepy taxidermy, it’s a wonder the don’t opt to just sleep in the car. Nothing good would ever happen in a house with that decor. And you know what? Nothing good does happen there…

What I love about this is that it sets you up in two ways. First of all, there’s so much in the frame that sometimes you question what you’re seeing. One of the actresses sometimes looks older or younger, for example. Like mirror tricks at a carnival. And secondly, this leaves you thinking that you’re in for a haunted house type horror, which is a personal favourite genre of mine… but then it takes you in a different direction.

I really enjoyed this film, and I’m glad I came across it. It’s dark and goes to interesting places, and it messes with you, I kept wanting to figure it out, piece it together and then the pattern would shift. I really liked that. It’s also a little disturbing, and makes great use of imagery to really unsettle you long before you know where it’s going to take you. It’s unpredictable, which is unusual in a lot of horror films, and I liked that.

See If It: you ever thought dolls were creepy. It has an interesting and twisty plot, and feels quite original.