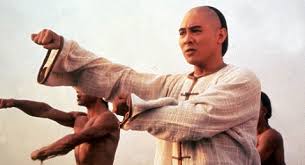 This is the film that catapulted Jet Li to international fame, and also managed to spawn itself several popular sequels. I riot of colour, action and convoluted plot points, Once Upon A Time in China is a martial arts classic.

Set in the late 1800’s in Hong Kong, it’s the story of Wong Fei-Hung, a man credited with being a healer and a creator of a form of martial arts. While he tries to mind his own business, he gets drawn into dealing with corrupt officials, facing off against White oppressors and rescuing his beautiful aunt from slavers who want Chinese workers for the US rail roads.

It’s a wonderfully entertaining film. Director Hark Tsui was a huge presence in the 80’s and 90’s and this film captures his style and sense of adventure so well. The fight scenes are quite incredible, and there are plenty of them, but they’re supported by comedic moments, little tragedies, historical plot points and the odd romance, all thrown into the mix. This film really has everything.

Sometimes, it all feels a bit much. There’s so much going on I found it hard to follow at times, but I actually didn’t mind. It’s the kind of film that’s fun to just surrender to and enjoy. Especially those elaborate fight scenes!

See It If: you love a bit of martial arts in your historical drama. It’s got everything. Li fans should really see this too.