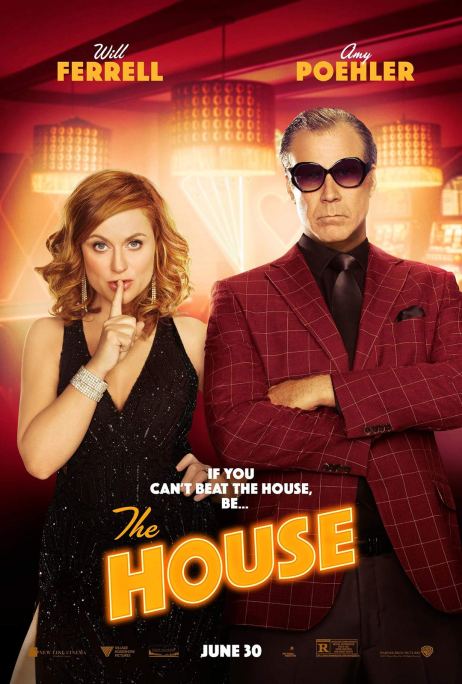 When the corrupt local government takes away their daughter’s college scholarship, Scott (Ferrell) and Kate (Poehler) start an illegal casino in their friends (Mantzoukas) house to make up the money they need fast. But soon they’re dealing with local gangster heavies and the scrutiny of the local police, as well as their own shortcomings as business people.

As far as comedies go, you either like Will Ferrell or you don’t get him. Here he is his usual innocent, bumbling self, and teams up with Poehler, who is a pretty good partner in crime. They’re overgrown adult children, who are perhaps a little too attached to their only child, but who have a nice lesson in this film in learning to be assertive and letting go, and it’s nice to see a married couple who love each other and love their daughter.

On the whole, this film is flawed and has managed to garner itself some less than stellar reviews. But it has some really cute little moments and some good laughs, as well as a nice supporting cast in Nick Kroll, Allison Tolman and Rob Huebel. It’s enjoyable, especially if you already like Ferrell and Poehler, but it’s not genius and won’t go down in comedy history. That said, I had a good time watching it.

See It If: you like Ferrell or Poehler comedy, not one to spend bucks on a film ticket for, but has it’s funny moments.