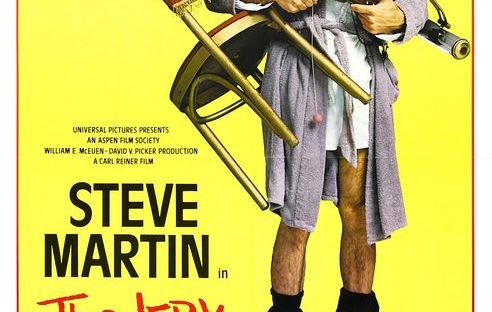 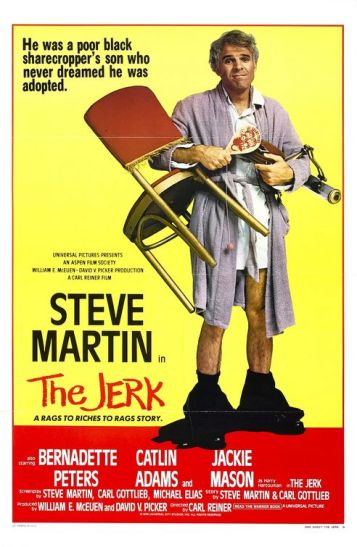 Steve Martin’s first film as writer and star, this comedy was quite successful on release, though in a lot of ways ahead of it’s time. Martin stars as Navin, a man who has been raised by a black family. When he finds out that he was adopted, which is a great shock to him, he sets out into the world, or at least, into the big smoke of St Louis, to seek his fortune.

He finds fame, riches and romance, and also loses them all. But the film is more about how incredibly foolish he is, lurching from one disaster to another, but always managing to come out ok in the end.

Sometimes it’s fun to watch old comedies, partly because what was considered daring at the time is not all that controversial now and it’s nice to see where Steve Martin started it all, as far as his film work goes. The silliness is quite fun, and still feels fresh, and Martin has a warmth that makes him likeable and relatable somehow in his films, even while you’re laughing at him, and that’s in strong evidence here. He’s a lovable naif, strolling through life, and like one person comments, it would be nice to be as excited about the little things as he is.

See It If: you like classic comedies like Airplane, or Steve Martin fare, it’s quite fun and silly.