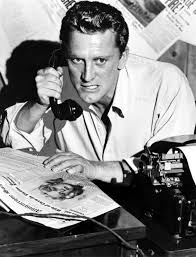 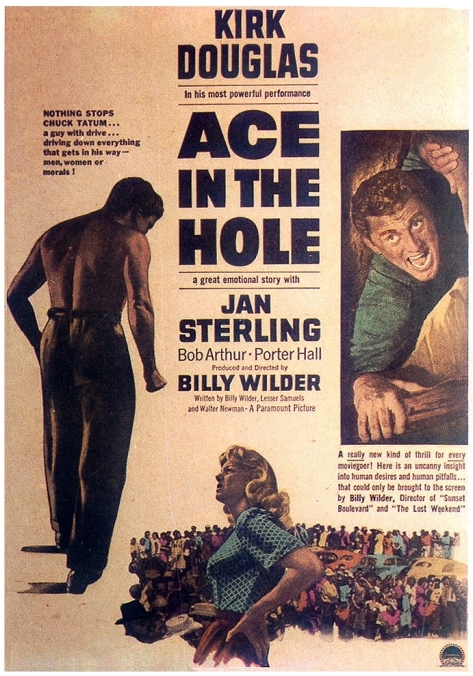 Chuck Tatum (Douglas) is a cynical, big city reporter who finds himself covering tiny, small town stories in an Albuquerque town. Depressed and angry, he’s not a popular man in his office. But when he finds a man trapped down a mine, he decides to create a huge story out of the rescue, fabricating facts to create a heart warming story, and delaying the rescue. He find his luck has changed, and he’s raking in the bucks and the glory, til it all gets out of hand with tragic consequences.

It’s A Must See Because: Billy Wilder, who actually started out as a journalist in his younger days, is a pretty fabulous and diverse director, well known for creations like Some Like It Hot,  but also for more cynical, less bubbly films like Sunset Boulevard. Here he makes a stark commentary on the way in which journalists will do anything to get a story.

Perhaps we see journalists in older films more like well dressed, fast talking people with crazy love lives, like those in His Girl Friday or It Happened One Night. But here we see that our own era never had the monopoly on shady paparazzi types or unscrupulous characters. This film heralds later film and television series that talk about journalism and politics like it is, “if it bleeds it leads”. It’s a solid film about what happens when you lose sight of your humanity.

See It If: you like your classic films with a little cynicism and bite. This is no heart warming musical or romance. This is 50’s grit.