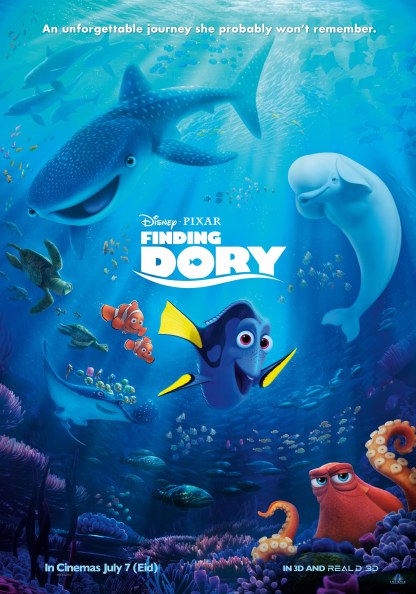 On the whole, the film functions a lot like the first, with Dory lost like Nemo was in the first, and trapped in a aquarium. But since most of the action takes place in that location, namely the Monterey Bay Aquarium, it lack some of the adventure. In the first film, it was all about realism, with a focus on the facts, here the fish are thrown from tank to tank, which feels much more slapstick in tone than the first film. Also, it turns out that Blue Tangs are not all suffering from a short attention span and ten second memory, just Dory.

There’s a lot of heart in this film, but less laughs that the original, it’s far less quotable. It’s entertaining fare, but not as good as the original. But Ellen’s energy, as always, is delightful.

See If It: should please the kids and Pixar or Disney fans, but doesn’t stand up to the original.