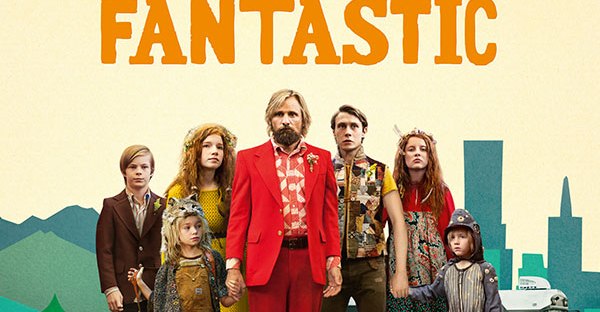 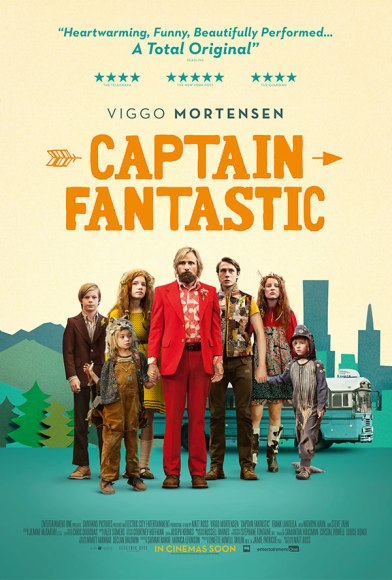 A startling and charming film from an actor turned writer/director, this film is the story of an unusual family, who live in the woods in the Pacific Northwest, living by Socialist values and survivalism. Ben (Mortensen) finds his own ideals challenged when big changes hot the family. Leslie, his wife and the mother of their six children, has died, and though banned by her family from attending her funeral, they decide to jump onto their old bus to drive over to be there.

But whilst they are all set to deal with physical attacks and set their own bones if necessary, the family are not entirely equipped to deal with the social aspects of life, which leads to a great deal of humour as their own and others notions about family life and parenting are skewered.

However, there is so much more to this film. This is a group of people, most of them children, adapting to the future and to the loss of someone that was at the heart of their small world. There is beauty and tragedy here, and the film is not afraid to embrace either of them. Mortensen once again outdoes himself as the father who must come to terms with the loss of his wife, and the threat to his ideas of family that come with his childrens independance. He’s a vulnerable, somehow lonely figure, trying to do the right thing by his children in a world that often is more interested in social norms than what is true or right.

It’s a sweet film, somewhat golden in colour, with characters who wear flowers in their hair and aren’t afraid to be themselves and break the rules, but it never strays into the cute or the cartoonish. The film yearns for another age, a more innocent and honest one. There is definitely bitterness to it’s sweet, though it is hopeful.

See It If: you’re looking for some relief from the current blockbuster madness, or if you’ve ever wondered if there’s a better way to raise a family. A warmhearted, funny, bittersweet tale.