Just for fun, this seasonal selection of movies that should please all members of the family. From family comedies, to classics, to horrors.

Of course, family comedies are a Christmas staple.

Is Christmas really Christmas until we’ve watched Will Ferrell hollering out “Santa? I know him!” Well, for me it isn’t. Ferrell is an elf in Santas workshop who doesn’t really fit in, until one Christmas he discovers his real father is a mortal man, and he goes on a journey to find his father (James Caan). His sweetness and innocent is delightful. And loud.

Bill Murray stars as a jaded studio exec who gets the Scrooge treatment when his callous ways call for him to be visited by three ghosts. Funny, grotesque, romantic and deadpan, this is 80’s Christmas, and a favourite from my own childhood.

Yes, that is Michael Caine. He makes a wonderfully vicious Scrooge, in this tale narrated by Gonzo as Dickens, Kermit as Bob Cratchit and everyone else fitting themselves in everywhere as the Muppets take on the most classic of Christmas stories. Why do I love this so much? It’s the Muppets, the film is stuffed with dad jokes and visual gags, and it’s really heart warming and cozy.

Christmas films that are just a bit off the wall.

The Grinch Who Stole Christmas (2000)

The Grinch lives high above Whoville, and plots to steal Christmas because he’s a miserable lump, but then a little girl in the town is determined to win him over. Unlike the Muppets, this one is stuffed full of adult humour that you may not have noticed as a kid, like a swingers party in Whoville, and is in essence a vehicle for Jim Carrey to gurn his away around the set and make loud squeals. And the set and costume design is amazing, it looks just like the drawings in Dr Seuss books. It’s kind of a master peice, and yet kind of a terrible film too.

It was the 60’s, people loved all things outer space and also did way more drugs than they should have. Which is why this oddity probably seemed like a great idea at the time. Santa gets kidnapped by aliens because no one there delivers toys at Christmas, which when you think about it is kinda unfair. It’s pretty straight forward really, with a cartoonish bad guy who wants to stop Santa and the two Earth kids who help him, and he ends up spreading the message of peace, happiness and hope. And toys. It’s kind of oddly delightful.

For those of you who’d like a story about something good that just happens to be set at Christmas. There are quite a few that could sit in this catagory, but I like these three.

Eddie Murphy and Dan Ackroyd are a con artist and an investment banker who find their lives switched when two rich men make a bet about nature vs nurture. It’s classic 80’s comedy, with the eras obsession with money and class, and starring a few of the biggest names of the decade. Set at Christmas time in Philadelphia, it’s a hilarious story, and has the pleasing elements of the fish out of water and the little guy sticking it to the man.

A mogwai is an adorable Christmas present, but don’t get it wet and don’t feed it after midnight… Havoc is unleashed on a small town when a teenager accidentally hatches gremlins who destroy everything they can get their hands on and who actually murder a few people. The film is mostly a sort of comedy, though, and the gremlins are hilariously funny. 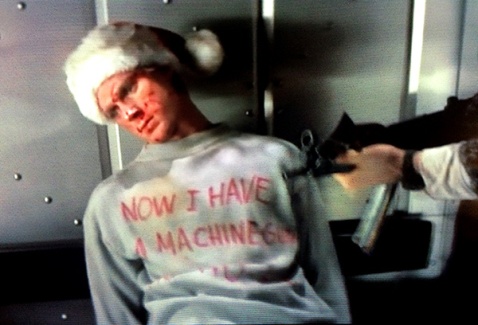 Of course, the classic non-christmas christmas movie. Nakatomi Plaza has been taken over by the evilest bad guy and only Bruce Willis can bust in and save everyone, including his wife. A classic 80’s action film, with Alan Rickman chewing up the scenery, it has all the best elements of Christmas, (like snow, and family and stuff) but with the added thrill of machine guns, murder and a race against time.

The old and long beloved films that are heart warming and have been watched over and over for decades.

Remade adequately in 1994 for those of you who prefer your colour films, this classic film follows a lawyer who defends a man in court who claims to be Santa Claus. Is the man insane or is he the real thing? Well, it’s pretty obvious really, but this film is all the things you want at Christmas, driving a stake through the heart of cynicism whilst weraing vintage clothes.

I think this one is on TV just about every year, and you can probably quote it by heart right by now. But this Frank Capra classic has earned it’s stripes and belongs on the list. A man feels like his life has no meaning and plans on ending things, until an angel comes down and shows him what everyone’s life would have been like if he’d never lived. It’s kind of cheesey and quite long, but there won’t be a dry eye in the house.

If you have the kind of dark heart that even Frank Capra can’t melt, and if you’re over the schmaltz of this time of year, then there are even Christmas movies to suit you (you big Grinch!)

Before Coca Cola got their hands on him, Santa Claus really did take notice of who was naughty or nice, and there are some pretty sinister stories about him rewarding the good kids and giving the bad ones to the devil. Here, when a family bah-humbugs too much, they are visited by Krampus, Santa’s evil twin, a creature that punishes those who forget the meaning of Christmas and being kind hearted. I love the way this film manages to point out how awful Christmas actually is for most people, being forced to spend time with people they don’t like and take on too many tasks. It’s dark, funny and …. well, just watch it. 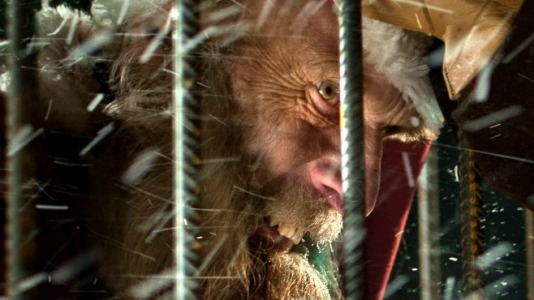 A foreign language entry, this Finnish film harks back to the old Christmas stories. When a strange grave is excavated in the mountains, all the local deer are slaughtered and children start to go missing. Santa Claus grave has been dug up, and the beast is hungry… The film has beautiful performances, especially from the young boy who figures it all out first (don’t kids always do that in movies?) and the whole film is creepy and thrilling. 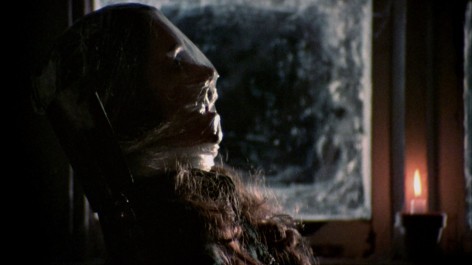 And finally, sorority slasher classic Black Christmas. It’s kind of silly, but in it’s own way, it’s a Christmas classic, with a stalker roaming the halls and killing innocent (or not so innocent) teens in a sorority house. The deaths are relatively inventive and it’s an OK film but for those of you in need of some escape from the usual Christmas cheese, this should do the trick.

So there you go. There’s something for everyone. What are your favourite Christmas films?

14 thoughts on “The Christmas Movie Round Up”