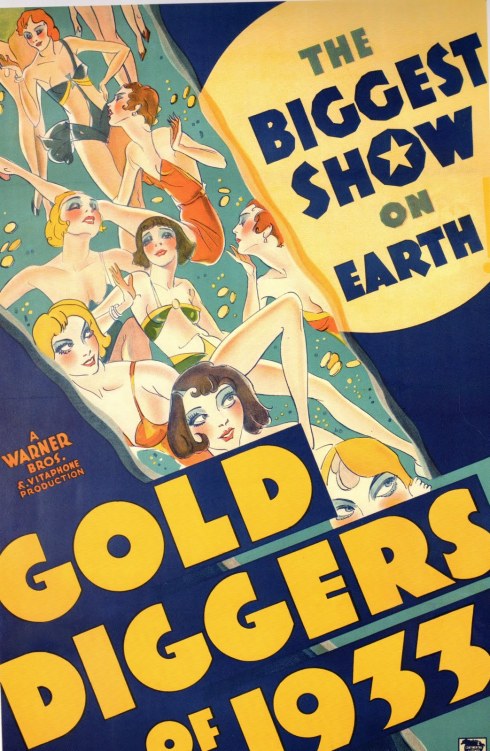 One of Warner Brothers early Busby Berkeley films, in which the famed choreographer commodified the female form in a way which is both delightful and put back the cause of feminism by several decades (you know those old scenes of chorus girls where there are loads of them making patterns with their bodies and all looking the same). This is such a lovely film.

The 1930’s was the Great Depression, and this film tells the story of three cheeky, ingenious chorus girls who are struggling to make ends meet when their show is cancelled. When one of them, Polly, is accused of being a golddigger by her wealthy fiancees family, the girls set out to teach the old fogeys keeping the lovers apart a stern lesson. They’re not goldgiggers, they’re loyal friends and intelligent women.

It’s A Must See Because: There are a few reasons that this film has become a classic, but what I love about it is how supportive the women are of each other. They genuinely like each other, and get a real kick out of tricking the men who have called their friend a golddigger. But they also help each other by lending, sharing what they have, and helping each other find work. They’re beautiful, wise cracking and happy women. I think watching this film in the Depression Era must have been quite a lovely, uplifting and amusing experience. A panacea to the troubles of the day.

This film is one of the few films that openly explored the experiences of people living through the depression and references street walking, and men who had been heroes in the Great War that were now forced to be hobos. Evocative indeed.

See it If: you like snappy dialogue, touch cookie girls and a sweet romance, this film has stood the test of time very well.