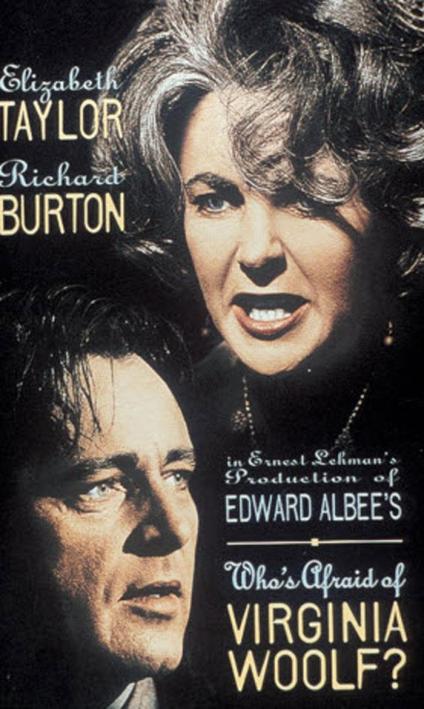 An aging couple engage in emotional games with a younger couple who are knew to the university where they work.

Taylor and Burton, whose real life relationship was famously well known at the time, play the central couple, George and Martha, whose true nature comes out when they drink, and whose bitterness and anger make them engage in emotional warfare which belies their complete emotional dependence on each other. They attempt to destroy the couple who they are hosting, through the games they play, prying open cracks in both marriages.

It’s A Must See Because: Elizabeth Taylor was often called the most beautiful woman in the world at the height of her fame, but she was remarkable for also being married many times, for the tumult of her romances, and for being a heavy drinker who could swear like a dock worker.

In this film, she shows not only her ability to act in one of her most potent roles, but also the more aggressive, less feminine side, putting on a load of weight to hide her normally pretty figure. Her character is bitter and explosive, and she and Burton clearly relish playing the awful, manipulative central couple.

This film is like a car wreck you can’t look away from. It’s not at first clear what the main characters want, they’re sort of disgusting and nasty, but then the younger, squeaky clean couple turn out to be not so rosy too, and things unravel. The way they argue is both amusing and sad, in it’s destructive force, and at the time the film came out, an era when marriage and a suburban household was the American Dream, it must have been especially shocking.

See It If: you’re a Liz Taylor fan, it’s one of her finest roles. But also for those of you who are feeling cynical about relationships and marriage, it’s fascinatingly dark.