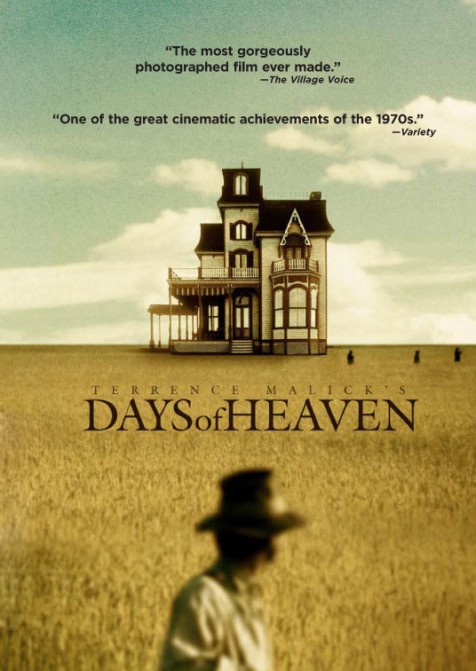 Terrence Malick doesn’t make a lot of films, but this one, much like his previous film Badlands, feels so iconically 70’s to me, with it’s golden colours, imagery of America and it’s young female voice over.

More like a visual poem than a film, it follows Bill (Gere) whose temper has gotten his little family group into trouble. He leaves the city to get farm work with his kid sister and his girlfriend Abby (Adams), who poses as his sister to avoid social censure. When he discovers that their new hugely wealthy boss has eyes for Abby and only has a year to live, he encourages her to marry him, thinking that he will finally be free from poverty. But the love triangle has a very uneasy peace as they all move in together, with the farmer soon becoming suspicious of his brother in laws relationship.

Why Is It A Must See? Because it’s so beautiful. It’s a very measured film, it never takes you far into anyone’s psyche, you just watch and are taken along. The voiceover gives little insight, but it more like a poem about humanity. It evokes the time period (1912) really well, and the reasons why leaving poverty behind could be such a temptation.

I found that Abby was really interesting, she’s the pawn in the game, pushed by both men with little regard for her feelings. They both have tempers and wider options, where she does not, and added to this, you can only read from her face, she doesn’t say much.

The house is also something else. It’s large but mostly tall and stands proud on the flattest of landscapes. Something about it fascinated me, especially as you don’t see inside too much, most of the time the story is told outside and the characters are constantly in graceful motion. I found it a little long, but it’s a beautiful film.

See It If: you want to see a really young Richard Gere, or if you like your films to be very beautiful and dreamlike.