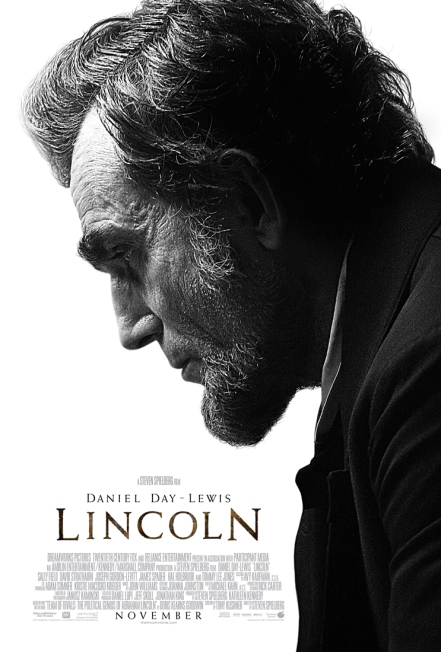 With a huge cast, and it’s wonderful evocation of a bygone era, Lincoln focuses on the beloved president at a point during the American Civil War when both sides were looking for peace and an end to suffering, but the bill that would end slavery in America had not yet passed. It’s a fascinating look at the pressure that Lincoln was under, the lives that were in his hands, both black and white, and the prevailing attitudes of the time that allowed slavery to continue.

It’s not a short movie, and there’s a lot of talking. Perhaps an understanding of American history would help too, but it’s a pretty amazing feat. Daniel Day-Lewis as Lincoln is pretty amazing, he really transforms himself, and you feel like you’re watching history unfold.

It’s a must see film because: it’s quite a feat of film making. Spielberg has managed to create the time period, through costume, lighting, sets, locations, but also through excellent casting choices, from the greatest to the least roles. You are given a slice of time, a man who has a personal life, a political career, a relationship with his wife, a very idiosyncratic way of talking to people, a way of inspiring people to follow him. But it also captures the political machinations, the emotional climate of a country at war, of what war looks like. Of what politics looked like in the 1860’s.

And scarily, how close America came to not ending slavery.

See It If: you love history or period films, should also please those of you who like political thrillers.