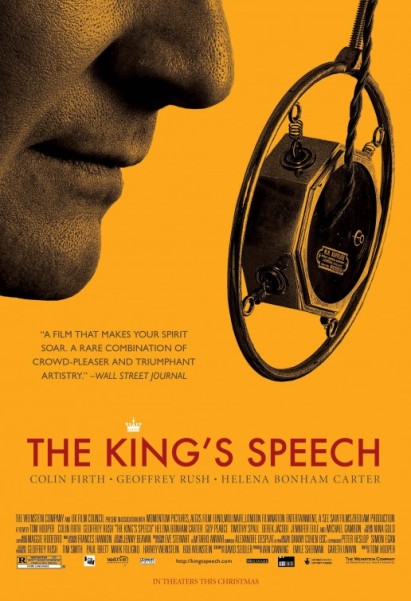 In this true story,  the prince becomes King George (Firth) unexpectedly when his brother abdicates to marry the woman he loves. With the kingdom thrust upon him, his stutter means that he is painfully shy, and he must learn to overcome his bashfulness in order to speak to his subjects and be there for them through WW2.

The film is about his relationship with his wife the future Queen Mother (Bonham-Carter), and with the speech therapist who is enlisted to help him, Australian Lionel Logue (Rush).

A Must See Because: a big awards winner in the year of it’s release, the performances and visuals of the film are all quite remarkable. But at the core, the success of the film is in it’s uplifting narrative. In order for George to make his speech he has to face his feelings about himself, his family and his place in the world. Coming from his hard but privileged upbringing, he has several layers that have to be broken through in order for him to make that connection with himself that will break through his speech impediment, but ultimately, his ability to connect with Logue and that man’s support of the man behind the man, their friendship, is what gives him his strength. It’s a lovely film, and will certainly leave you feeling happy and heart warmed.

See It If: you love British films and you love history, it’s a lovely story of a man finding himself.